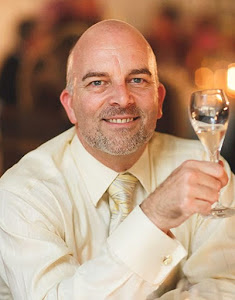 Standby for the May edition of “The Shout” mag as it is featuring some of our champagnes.

We recently submitted a selection of our Champagnes to be reviewed by Cameron Douglas, NZ’s only Master Sommelier.

We can’t say any more at the mo on this but we can say that we are fizzing at the cork over our results!  Cameron confirms what we think!

Check out this cute little video put together by Quinn, one of our son’s young friends.

Yvonne Lorkin, Chief Tasting Officer, Co-Founder of WineFriend and Wine Critic and Writer reviewed Champagne Jean Josselin Audace Rosé in the Canvas Magazine, Saturday 20th January 2018 and this is what she had to say.

“This deliciously dry, melon and raspberry-licked lovely is an exercise in elegance combined with fulsome generosity.  A delicate line of cherry zips through the mid-palate and merges with creamy, cashew and yeasty complexity combined with berry brioche bodaciousness.  It’s extremely sexy, indeed.  Sip with:  Oysters Charentaise.” 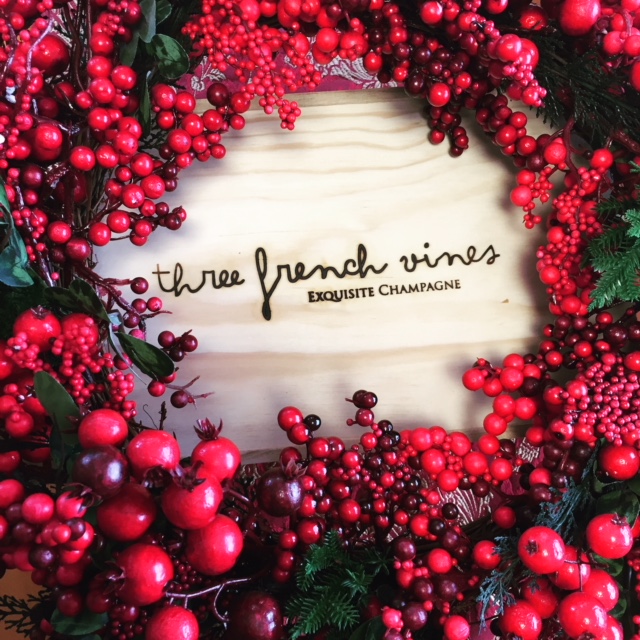 A heartfelt thank you for all your support during 2017.  It is hard to believe that we are only coming up to our second birthday in February.  It’s been an incredible journey and we’ve loved having you with us every step of the way.  As they say in France, “drink the champagne the French drink!” and we remain completely committed to doing just that, bringing you exceptional champagne.

We wish you and your family peace, love and a wonderful Christmas.

We were recently invited to submit some champagnes for blind tastings and judging by John Saker and two top Wellington Sommeliers, Maciej Zimny (Noble Rot) and Kate Hutchison (Capitol). They blind-tasted 37 champagnes in all, 11 of which were rosés. There were five vintage wines entered; the rest were non-vintage. Prices ranged from $140 per bottle to $39.95.

We are extremely thrilled to say that our Marion Bosser Blanc de Blancs Extra Brut NV Premier Cru came in the top 10.  We know this is a fabulous champagne and we love it but this is what these three guru’s had to say:

If you haven’t had the pleasure of trying this delicious champagne, what on earth are you waiting for!!!!!!!

We recently entered some of our champagnes in the Cuisine Mag best Champagne awards for under $100.  We are thrilled and  without modesty pleased to boast that we took out 4 awards in this category.  As if that weren’t enough to be fizzing at the bung over our supremely stunning and gorgeous Champagne Jean Josselin Blanc de Blancs 2011 was placed in the top 10 and also best buy.  We were also awarded:

This is what they had to say about the Jean Josselin Blanc de Blancs:

“Made by a small family-owned producer based in the tiny Champenois town of Gyé-sur-Seine, this is an attractive 100 per cent chardonnay expression from a strong vintage. “Gorgeous aromas of cream custard,” enthused John Belsham. In the mouth it opens with a cymbal clash of citrusy minerality. Round and softly textured, it flows to a lengthy finish.”

Check it out for yourselves!  https://www.cuisinewine.co.nz/cuisine-tasting/champagne-2017-100-under/

While we think Etienne’s Champagne is superb it is fantastic to hear that “La Revue du Vin de France” which is probably the most serious wine magazine in France recently did an article on Etienne Calsac and his fabulous champagne.  The article describes how Etienne created the Estate, saying the champagne is good and L’Echappée Belle is great quality for the price. It says” lock it in your cellar before it’s too late!”
It’s all go for this innovative Champagne maker who has been listed in Peter Liem’s book, Champagne Guide. (US wine critic for Champagne).   The icing on the cake gaining a new prestigious client in Paris ” Hotel Georges V” 3 Michelin Stars.

Play it anyway you like, last nights first half of rugby was sensational!
Oh what a night! Oh what a game!

Rugby fever had struck Three French Vines by lunchtime Saturday. The talk was would the Aussies take the first game of three. Never, was the cry! Not on your life! “But”, it’s a small word that lives at the bottom of your stomach, they might just put up a fight, could it happen? Could the Wallabies align the stars? Never! came the cry around the lunch table at Three French Vines over a bowl of hot steaming soup.

The afternoon rolled on, the talk got heated at the share thought of those Aussies winning drove us to more talk and more what if’s. It was too much, the rugby ball was passed with increasing speed. Rugby moves were discussed and played and many manoeuvres played out. May the vase that stood on the kitchen bench rest in peace.

The boys and immediate neighbors arrived by 7pm empty handed but with the correct password at the door, “Real Men Drink Champagne”! No password, no entry, we are tough here at Three French Vines.
The rugby ball morphed into bowls of chips, the river of Champagne flowed and the sound of popping corks got serious.

Kick off started with a roar and we held the faith. Reward came swift and never in history have we before been rewarded with such good rugby. It was pure magic, a place that only the oval ball can take you with a bottle of Three French Vines Champagne.

As they say, the rest is history and this morning I find myself at the computer emailing France for further supplies! 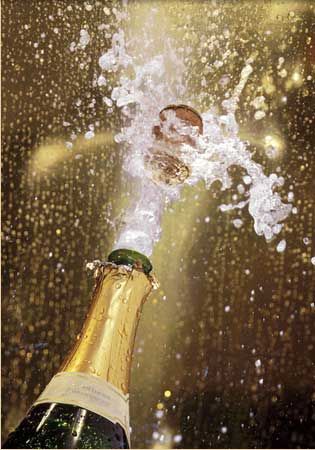 Celebrating and popping a cork here at Three French Vines over the Crusader win! 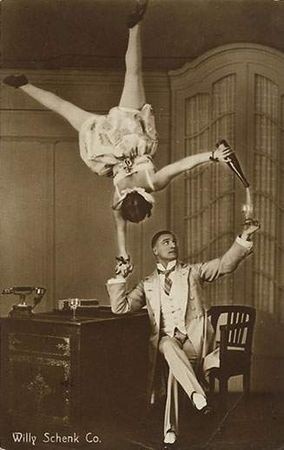 Check this article out pointing out the health benefits of drinking more champagne.  Apparently all it takes is 3 glasses per day to prevent the onset of dementia.  They are doing more research and  I’m totally committed to  volunteering for this study!

You must be 18 years old to visit this site.